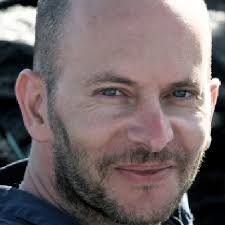 A pianist by training, Frédéric Verrières studied at the Brussels Conservatory then the Paris Conservatory in the classes of Marc-André Dalbavie, Gérard Grisey, Michael Levinas, François Théberge and Gabriel Yared. He completed his apprenticeship with a course of computer music at Ircam.

Verrières has composed works for the concert (Né sous le signe des poissons for instrumental ensemble, 1999; A travers, premiered by the ensemble Cairn at the Musica festival, 2011; Valse 3 premiered by the ensemble Ictus in Brussels, 2012) and also operas. The Second Woman (2011), his first opera, was inspired by John Cassavetes’ film Opening night while Mimi (2014), his second opera, took inspiration from Puccini’s La Bohème. Both were first performed by the ensemble Court-Circuit at the Théâtre des Bouffes du Nord in Paris.

With a style that can be related to the technique of anamorphosis in painting, his music features a free, open synthesis of past and present, known and unknown. Played by various performers (Marc Coppey, David Grimal, Baptiste Trotignon, Alexandre Tharaud, Michel Portal, the Orchestre Lamoureux, the ensemble L’Itinéraire…), his music is always constructed in phantasmagoric echo to the music he is exploring, from classical to jazz and traditional musical cultures (flamenco, rock, French chansons, the folklore of Central Africa…). Collaborating with artistes from different domains, he seeks to give new form to traditional representations of music.

He is also an active composer for the French cinema as well as conductor for orchestras of French film music.