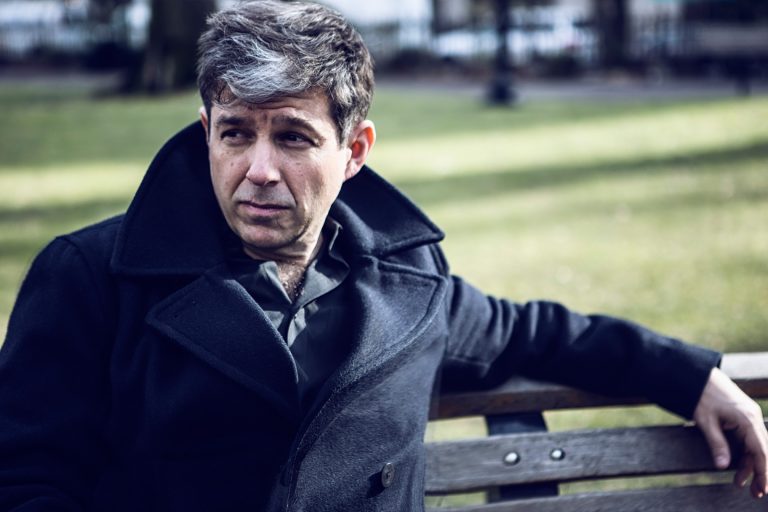 De Ritis’s 2012 release Devolution with the 5-time Grammy-nominated Boston Modern Orchestra Project (BMOP), was described as a “tour de force” (Gramophone), and features three of his symphonic works, Chords of Dust, Legerdemain, and Devolution: a Concerto for DJ and Symphony Orchestra featuring Paul D. Miller aka DJ Spooky as soloist. His Pop Concerto (2017) featuring Eliot Fisk was lauded by Classical CD Review as “a major issue of American music”; and his Electroacoustic Music – In Memoriam: David Wessel (Albany Records, 2018) as “sometimes whimsical and sometimes stark, and always interesting” (CD HotList).

In 2015, De Ritis’s Melody for Peace was performed as part of UNESCO’s 70th Anniversary celebrations by the Prague Concert Philharmonic in Paris, and his work Amsterdam, which featured maestro Jung-Ho Pak controlling a Buchla Lightning wand controller capturing and manipulating the orchestra’s sounds in real-time, was presented by the Hong Kong Philharmonic as part of its “Music, Science, and Technology” showcase at the Grand Hall at the University of Hong Kong.

De Ritis was a Fulbright Senior Research Scholar at the Central Conservatory of Music (2011) in Beijing, and in October 2016, was appointed as “Special Professor” of the China Conservatory of Music’s new “Beijing Advanced Innovation Center for Chinese National School of Music.” His Selected Works for Pipa is published by the Central Conservatory of Music; and his next major release with the Boston Modern Orchestra Project features his works for Chinese instruments and Western orchestra, including his Ping-Pong, Concerto for Pipa, featuring Min Xiao-Fen; The Legend of Cowherd and Weaver Girl, Concerto for Chinese and Western Percussion and Orchestra, featuring Wang Beibei; and Zhongguo Pop, for Chinese Ensemble (dizi, erhu, pipa, guzheng) and String Orchestra, an arrangement of his original work for solo pipa featuring Wu Man, which earned him a residency at the MacDowell Colony in May 2018.

De Ritis completed his Ph.D. in Music Composition at the University of California, Berkeley, where he served as a teaching assistant to David Wessel at Berkeley’s Center for New Music and Audio Technologies (CNMAT) (1992-1997). He received his M.M. in Electronic Music Composition from Ohio University under Mark Phillips (1990-1992) and his B.A. in Music with a concentration in Business Administration from Bucknell University (1986-1990) under William Duckworth, Jackson Hill, and Kyle Gann. De Ritis engaged in summer study at the American Conservatory in Fontainebleau, France, under Phillipe Manoury, Tristan Murail, and Gilbert Amy (1991, 1992), and also holds a Masters in Business Administration with an emphasis in high-tech from Northeastern University (2002).

De Ritis is currently Professor and former Chair (2003-2015) of the Music Department at Northeastern University in Boston.