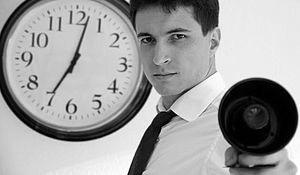 ​As a conductor he studied in the USA with Robert Carnochan, in Germany with Lorenz Nordmeyer and in Italy with Michael Luig. He founded the new music ensemble Volumina Consort. In 2008 he was nominated production director of the new music festival Contemporaneo-RS and from 2010 to 2011 he organized the concert series „die Lange Nacht der Neuen Werke“ at the HfMT Hamburg. Daniel is the main conductor of the Ensemble Lemniscate.

​Daniel worked as a researcher in the field of interactive Music and his Software „DFM Granuloma“ won the first Research prize of the UFRGS. Furthermore Daniel has been writing articles and essays about Acoustics, Composition, Aesthetics, Spectral and Electroacoustic music. ​Daniel is docent for composition and theory at the University of Music, Drama and Media in Hanover, Germany.