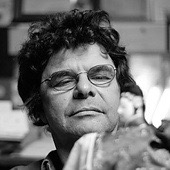 Jean-Luc Penso, born in France in 1953, was educated in Taiwan from 1974 to 1979 in puppet theater and shadow theater by the renowned Master Li Tien Lu. He worked with Brigitte Lefèvre, Giorgio Strelher, Jean-Pierre Vincent, Antoine Vitez and the Moscow Circus.

In 1978 he founded  the Théâtre du Petit Miroir, located since 2000 in Issy-les-Moulineaux, which, in 1981, became the first Western puppet troupe invited to China after the Cultural Revolution.

Abroad, with the Théâtre du Petit Miroir, Jean-Luc Penso presented his work in more than eighty countries on five continents at the invitation of numerous festivals and institutions with the help of the French foreign office.

He has conducted workshops and courses in countries such as the United States, Taiwan, Singapore, Bolivia , Italy, India, Cuba, Colombia, China, Belgium and Iran. In France he has led Paris interns to becoming professional puppeteers and taught at the International Institute of Puppetry in Charleville-Mezieres. He  was invited to create plays in Taiwan, China, Cambodia, India, Egypt and New Zealand, and teach several puppeteers in the Théâtre du Petit Miroir.

In 2006 he received the Grand Prix of the Academy of Moral and Political Sciences for his body of work.