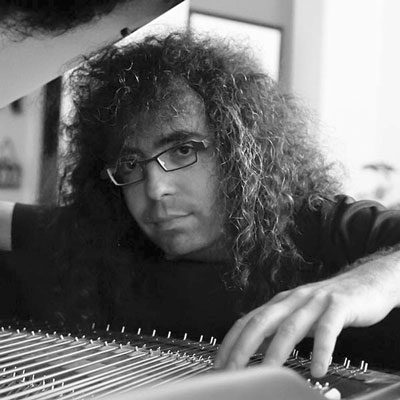 Applebaum received his Ph.D. in composition from the University of California at San Diego where he studied principally with Brian Ferneyhough.  His solo, chamber, choral, orchestral, operatic, and electroacoustic work has been performed throughout North and South America, Europe, Africa, Australia, and Asia with notable performances at the Darmstadt Sessions.

Many of his pieces are characterized by challenges to the conventional boundaries of musical ontology: works for three conductors and no players, a concerto for florist and orchestra, pieces for instruments made of junk, notational specifications that appear on the faces of custom wristwatches, works for an invented sign language choreographed to sound, amplified Dadaist rituals, and a 72-foot long graphic score displayed in a museum and accompanied by no instructions for its interpretation.  His TED Talk—about boredom—has been seen by more than two million viewers.

Applebaum is also an accomplished jazz pianist who has performed from Sumatra to Ouagadougou and who concertizes internationally with his father, Bob Applebaum, in the Applebaum Jazz Piano Duo.  His music appears on the Innova, Tzadik, Capstone, Blue Leaf, SEAMUS, New Focus, ChampD’Action, and Evergreen labels.  He serves on the board of Other Minds and as a trustee of Carleton College.

Applebaum has held professorial positions at Carleton College and Mississippi State University.  He subsequently taught classes in Antwerp, Santiago, Singapore, Paris, Amsterdam, and Oxford.  In 2000 he joined the faculty at Stanford where he directs [sic]—the Stanford Improvisation Collective, received the 2003 Walter J. Gores Award for excellence in teaching, and was named the Hazy Family University Fellow in Undergraduate Education and Leland & Edith Smith Faculty Scholar.