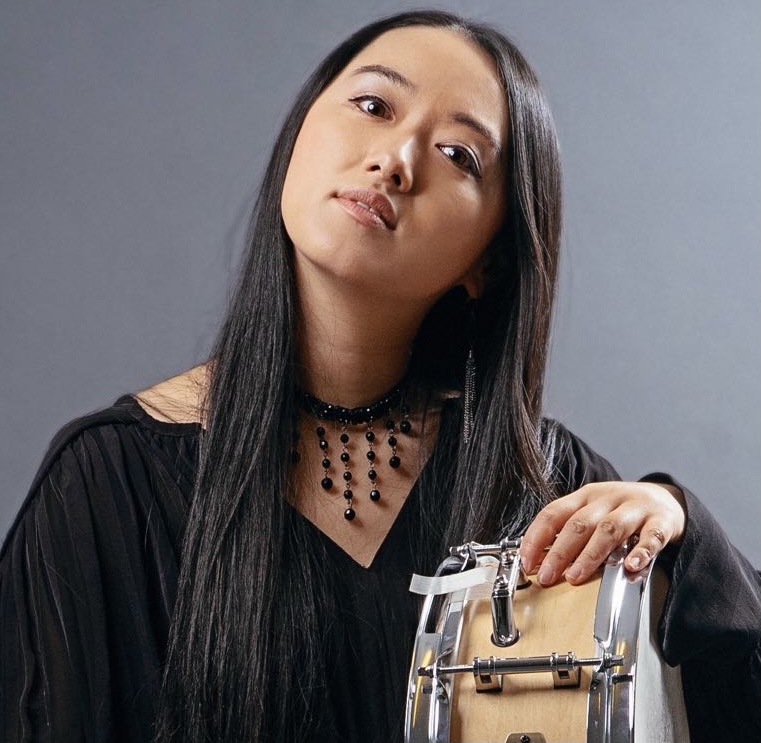 Lin Chen, was born in Nanjing, China. At age five she began lessons learning how to play the Chinese dulcimer „Yang-qin“, followed by ballet lessons at age 7 and percussion lessons at age 15. She completed her bachelor’s degree in percussion with Prof. Xiaoyuan Qin at the Nanjing Arts Institute in 2005.

Since 2006, she has lived in Germany, where she studied at the Hochschule für Musik Franz Liszt Weimar under Alexander Peter and Prof. Markus Leoson. After continuing her studies in Hamburg, she graduated in 2011 with a concert diploma with distinction under Prof. Cornelia Monske. In November 2009, she was awarded the „Masefield Student Prize“, and in March 2010, a grant from Berenberg Bank.

Her many performances as a soloist with various ensembles and orchestras (including „International Mahler Orchestra“) has led Lin Chen to China, Japan, Hong Kong, Finland, and Europe. In Hamburg, she has played concerts with NDR, Hamburg Camerata, Staatsoper Hamburg, Elbphilharmonie Orchester and many festivals. In 2012, she appeared in the series „Stars of Tomorrow“ in the Laeiszhalle with the Hamburg Symphony Orchestra, under Muhai Tang.

During her concert exam in 2011, she played the premiere of Chinese composer Wang Yijie’s Concerto for Percussion and Orchestra, „Chang-E’s Trip to the Moon”. This work was arranged specifically by the composer for Lin Chen and the ensemble Kaleidophonia.

In 2015, she worked and performed with Beibei Wang as a soloist under the director of Tan Dun’s “Water Passion“, and in April 2015, she played the drums in the Laeiszhalle with Martin Grubinger.

Since April 2016, she has played in the musical „The Lion King“ with the Marimba and other African percussion instruments.

From 2012-2016, she had a “Duo Soie“ with flautist Ming Wang. Since 2013, she plays in a duo with her husband, guitarist Kristian Sievers. Starting in 2018, she has played often with “Echo” award winner, saxophonist Asya Fateyeva.

Since May 2019, she formed the first professional Chinese Drum Ensemble in Germany, which is very popular with audiences.